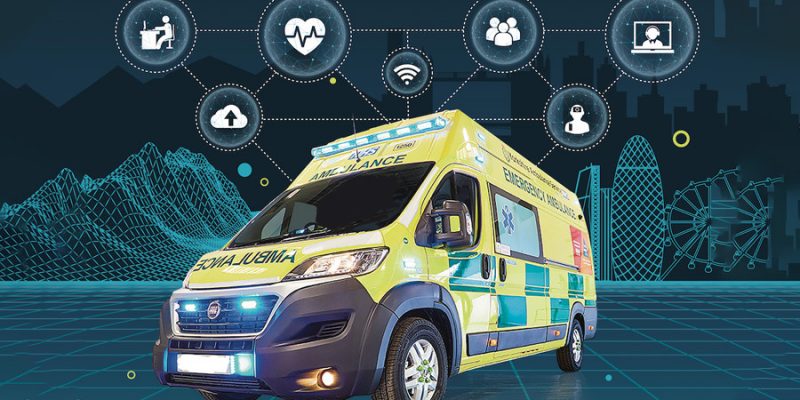 From smart ambulances to the metaverse, 5G technology has the potential to change people’s lives.

With telecoms pursuing 5G installations, experts predict that India could see drastically enhanced connection speeds and lag-free video, with applications ranging from linked ambulances to cloud gaming and even augmented reality-driven tests for shopping. The fifth generation, or 5G technology, would allow full-length high-quality video or movie downloads to mobile and other devices in seconds (even in congested locations or at big events) and support a million devices per square kilometer. While Indian customers may expect to see 5G technology in selected locations soon, followed by greater coverage in 12-18 months, increased mobile broadband is projected to be the primary use case at first. Over time, the new technology would bring to life applications that may have seemed far-fetched just a few years before. Retailers are experimenting with augmented reality (AR) in a 5G environment to create realistic shopping experiences that allow customers to view how new furniture might appear in their homes.

Retailers are experimenting with augmented reality (AR) in a 5G environment to create realistic shopping experiences that allow customers to view how new furniture might appear in their homes. 5G combined with high-tech devices has the potential to transform education delivery, even in distant places, by hosting instructors or guest lecturers via powered holograms or projecting mixed-reality information into classrooms.

Airtel collaborated with Apollo Hospitals and Cisco earlier this year to demonstrate a 5G-connected ambulance that acts as an extension of the emergency service, delivering real-time patient telemetry data, comprising vitals, to hospital physicians and specialists. The goal is to grasp the ‘golden hour,’ or the essential initial ’60 minutes,’ after any tragedy or trauma when immediate medical attention can save lives.

What is a 5G ambulance?

The 5G smart ambulance is equipped with medical equipment, patient monitoring applications, and telemetry devices that send patient health data to the hospital. It contains onboard cameras, camera-based headgear, and body cams for paramedics, all of which are linked to the ultra-fast and low-latency 5G network. These life-saving applications are further enhanced by technology such as augmented reality and virtual reality (Augmented Reality and Virtual Reality). The demonstration was held in Bengaluru on the Department of Telecom-allocated 5G trial spectrum to Airtel.

“In manufacturing, for implementing and operating smart factories to increase efficiency and output while reducing human error. Other possible instances for usage in production include industrial automation through the use of robotics and ‘digital twins.’ “he observes According to a survey by Swedish telecom equipment company Ericsson, 5G subscriptions in India are expected to reach 500 million by the end of 2027, accounting for 39% of mobile customers.

“5G and immersive technologies will radically revolutionize the way we live, work, and consume information and media,” said Ericsson India managing director Nitin Bansal. He highlighted an Ericsson paper, Harnessing the 5G Consumer Potential, to highlight a variety of digital services that would be reinvented with 5G and immersive experiences, such as live sports streaming, improved video, cloud gaming, and augmented/virtual reality, and consumer IoT services.

Other applications include self-driving vehicles (sharing data to avoid crashes), 5G facial recognition payment, 3D holographic calling, AR mapping, real-time translations, drone delivery, virtual shopping, and more, according to him. According to an unnamed official with a prominent telecom services firm, young professionals, tech enthusiasts, and enterprises would quickly embrace 5G, despite the expected high price tag for such services.

While carriers will release pricing and plan closer to launch dates, analysts expect that average monthly revenue per user will be up to 20% more with 5G than with 4G. “India’s mobile data pricing is the lowest in the world, and even with a 10-20% higher ARPU than 4G, India’s mobile data costs with 5G will still be the lowest in the world for consumers,” said Bansal of IDC.

While carriers will issue prices and programs closer to the launch dates, experts anticipate that average monthly revenues assessed in terms of average revenue per user will be up to 20% higher with 5G than with 4G.

Top 7 new Healthtech Business Models to the Lookout in 2022