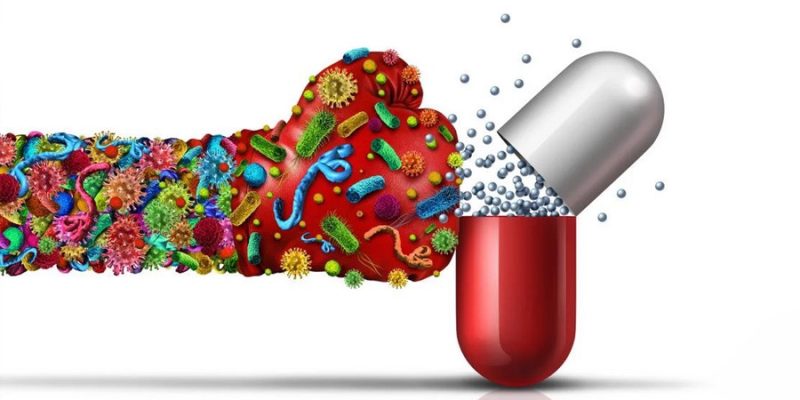 Zoonotic poses a significant threat to global health security. Is this the end?

Zoonotic diseases are dangerous to the world’s healthcare security. Multisectoral collaboration and multidisciplinary collaborations are required to effectively mitigate the burden of endemic and emerging zoonotic diseases of public health concern. The One Health Zoonotic Disease Prioritization Tool was developed by the US Centers for Disease Control and Prevention to assist countries in identifying zoonotic of greatest national concern using input from representatives from human health, agriculture, environment, and wildlife sectors.

Salmonellosis and the Ebola virus are two examples of zoonoses that can produce recurrent disease outbreaks. In addition to the diseases we currently know about, they are responsible for a considerable fraction of newly discovered infectious diseases. Zoonoses are also responsible for some of the most well-known and deadly epidemics and pandemics, such as the coronavirus 2019 (COVID-19) pandemic, which was caused by a newly discovered novel coronavirus known as severe acute respiratory syndrome coronavirus.

Do zoonotic infections pose a threat to global healthcare?

Antibiotic resistance and the difficulty of surveillance for the introduction of zoonotic infections are two key risks to world healthcare posed by zoonotic pathogens. We’ll start with the obstacles provided by antibiotic usage before delving deeper into the concerns surrounding worldwide monitoring

Antimicrobial resistance is a serious problem that affects global healthcare systems all around the world. Antibiotic usage in agricultural cattle is common, and the practice increases the risk of zoonotic infections developing resistant forms. Clostridium difficile (C. difficile), which has lately been renamed Clostridioidesdifficile, is an outstanding example. C. difficile, an intestinal bacteria that causes a variety of unpleasant and frequently fatal diseases, is a common source of dread among hospital staff across the world. This is owing to the pathogen’s ease of dissemination, as well as its tenacity and impossibility of eradication. In this regard, endemic zoonoses may be a more serious and pervasive hazard to human and animal health than pandemics.

Moving on to global surveillance, experts warn that zoonotic disease monitoring must be integrated into health security intelligence systems as soon as possible; certainly, this is a critical concern in our globally linked society. Only in this manner can we expect to successfully manage the advent of future pandemics.

It is said that zoonotic illnesses are the greatest danger to human and animal populations’ health security. The issue is global in scope, impacting both affluent and poor countries. We’ll start with the problem that exists in poorer locations before moving on to the world’s wealthier regions.

Emerging zoonotic illnesses are known to be particularly prevalent in low- and middle-income nations’ isolated rural areas. Surveillance of zoonotic diseases has evolved significantly in this area during the previous two decades, albeit efforts are mostly focused on urban and neighboring areas.

Exposure to livestock and wild animals is more common in remote and rural areas (as well as close contact with domestic animals). In addition, endemic and neglected zoonotic diseases such as anthrax, rabies, and bovine TB are found in these populations, resulting in billions of cases and millions of fatalities each year. When it comes to the management of emerging zoonoses, these impoverished regions have limited access to healthcare and significantly less assistance than metropolitan areas.

Due to socioeconomic and environmental factors such as inequality and climate change, zoonotic illnesses persist in certain parts of the world. Reduced surveillance in these locations causes delays in detecting and responding to disease outbreaks, raising the danger of a pandemic. Due to latent amplification, travel, and the animal trade, this danger is greatly increased.

Domesticated, zoos and shelter animals constitute a potentially high-risk reservoir for zoonoses in high-income nations, but the problem is not restricted to poorer parts of the world. Shelter animals, in particular, are at a considerably higher risk due to the intrinsic stress they suffer as a result of their abnormal living arrangements, and hence their sensitivity to infectious diseases.

How might the threat of zoonoses be better managed?

The World Health Organization (WHO) is now working to prevent and manage zoonotic hazards to public health by using a multisectoral and integrated strategy that includes epidemiological and laboratory research, risk assessment, and control.

What will happen in the future? The terrible effects of the COVID-19 pandemic have prompted forecasts that global investment in wildlife virology will rise, along with new monitoring systems that promise to detect hundreds of novel viruses that might represent a threat to people.

Future scientists may increasingly turn to machine learning models ––zoonotic risk technologies ––to better comprehend zoonoses, owing to the vastness of the work at hand.As an example, the 2014 Ebola epidemic resulted in 11,316 fatalities and $2.2 billion in economic losses, but rabies kills 59,000 people per year, resulting in $8.6 billion in economic losses worldwide. Because of the worldwide effects of new and endemic zoonoses on human and animal populations, increasing collaboration between human and animal health sectors through a multisectoral, One Health strategy is a vital step toward enhancing animal and human health.

10 Healthtech startups filling the Healthcare Gap for Women with PCOS