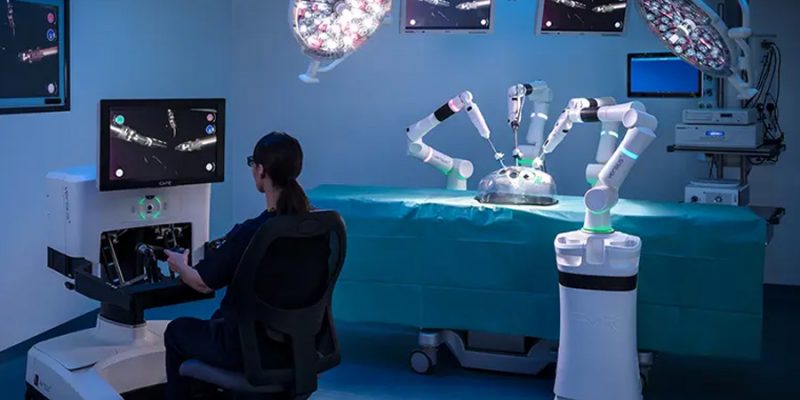 Venture Capitalists or VCs are funding healthcare-based companies and making investments in their growth.

In the last decades, robotic innovations are leading medical and healthcare. Since the early 2000s da Vinci robot from Intuitive Surgical is performing surgery. At present, the SRI spinoff is valued more than $60 billion. For both, new startups to established companies, there are millions of opportunities to make money, and that too, on or off operating tables. The Venture Community is betting on the organizations that are introducing new surgical and assistant robots along with robotic medical aid devices.

In 2019 medical robotics and devices raised 600 to 700 rounds of venture capital, with 25% of rounds occurring at the seed stage. It seems like VC and robotics are writing checks. So with all the hype around, let’s understand the what, who and how of VCs.

Venture capitalists or VC firms consist of limited partnerships or LPs. In these limited partnerships the partners invest in the VC fund. This fund contains a committee that carries out the task of making decisions regarding investments. Once the companies exhibit promising emerging growth, the collected investor capital is utilized to assist the growth of these companies. The funding of these companies is done in exchange for a decent share of the equity.

A popular belief exists that VCs fund startups from their onset. This is however partially true. VC firms target organizations when they have selected an idea and are looking for funds to commercialize that idea. That is when the VC fund will buy stakes in these firms and nurture their growth. In return, the VC fund will look for ways to cash out the return on investment. So from where do, they get funding to fund the companies?

VC funds are collected from institutional investors, wealthy individuals, insurance companies, and pension funds. All of the funders are partners and possess partial ownership of the fund. However, it is upon the VC firm to decide where to invest the fund. Most of the investments are done into businesses that are usually labeled as too risky for banks as well as capital markets. A venture capital firm is referred to as a General partner whereas limited partners are the other financiers.

VC firms also invest in healthcare companies. Such companies are usually the ones dealing with surgical robots and other AI devices needed in the medical industry. Four recent largest VC deals in healthcare include:

In 2021 the largest healthcare VC deal of $1.2 billion was done with Devoted Health’s Series D round. This deal was led by Uprising and SoftBank Vision Fund. Devoted Health has its headquarters in Massachusetts. The company uses AI tech to control the quality of care and costs for the patients. The patients enrolled in their Medicare Advantage health plans benefitted from this deal.

A Chicago-based organization named MDVillage cracked the second-largest deal of $1.025 million. The investments were made by Walgreens Boots Alliance. Together, these two companies are opening hundreds of Village Medical at Walgreens primary care clinics with high-tech and high-touch models.

A New York-based organization named Cityblock Health made the third largest deal. The organization collaborated with Alphabet. The organization is the first tech-driven provider for communities with complex needs. The company also delivers in-home, community-based, and virtual care for people with Medicaid and lower-income Medicare beneficiaries.

Although every VC fund is different, its roles can be broken down into three positions. Associates are the junior role and are mostly involved in analytical work. They also assist in introducing new prospects to the firm. A higher level or the Principals are closely associated with the operations of the VC firm’s portfolio companies.  Partners are the highest tier and are precisely focused on analyzing market areas and identifying specific businesses. The results yielded from this thorough analysis and identification is new investments and their approval or exits.

Metaverse in Medical Training: Doctors and Nurses are Getting Future-ready