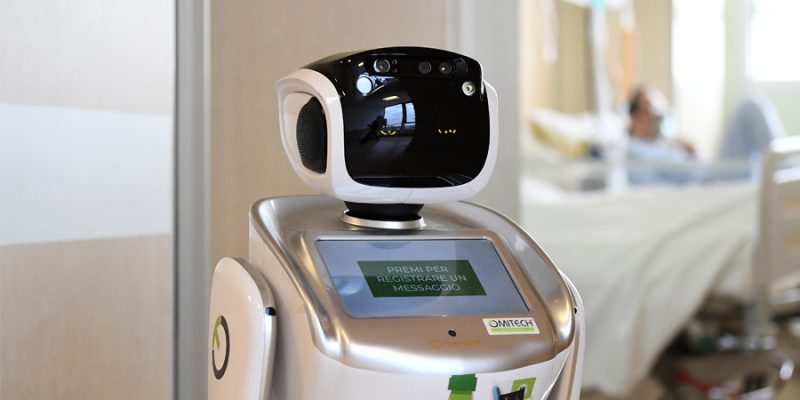 In the field of robotics, we are at a fork in the road. We are on the verge of a major shift in how we interact with the world and go about our daily lives. Every day, discoveries are made that inevitably drive us to a future in which robots, not people, conduct the majority of the work. Automation’s rise and the displacement of labour by machines is not a “new” phenomenon. It’s a problem as old as the concept of technology, but it’s become more urgent in the last half-century as robots develop the capacity to perform more tasks.

Some surgeries may be performed with just a few tiny incisions and maximum accuracy using the DaVinci system, resulting in less bleeding, quicker healing, and a lower risk of infection. And, even though DaVinci has been around for over eighteen years, it has continued to improve. However, with huge tech firms hot on DaVinci’s heels to build comparable systems with more autonomous characteristics and a broader variety of talents, who knows what’s next in this industry.

An endoscopy is a process that involves inserting a tiny camera on a long cable into the body through a “natural hole” to look for damage, foreign objects, or disease traces. It’s an unpleasant and sensitive technique that may soon become obsolete. Slender, flexible medical robots that can be controlled like an RC car to the exact area the doctor wants are being used in new advancements to the operation by businesses like Medineering.

Not all of the medical issues that robots can solve are life-threatening. Millions of old, infirm, or mentally impaired persons suffer from chronic loneliness and a lack of stimulation across the world. These patients are also more likely to require regular check-ups from caregivers, which can be an issue in locations where professional caregivers are in low supply. Companion robots alleviate both of these issues at once, and they are improving the lives of many individuals.

Nurses are miracle workers who are essential to the survival of any medical facility. They are, however, terribly overworked and perpetually pressed for time, not to mention in low supply in many locations. Robotic nurses can help in this situation. These are mostly systems that can fill out digital documentation, take vital sign measures, and monitor a patient’s status. Other tedious jobs that nurses are faced with, such as carrying carts and gurneys from room to room or even collecting blood, have been targeted by some new robotic nurses.

These robots assist paralysed patients in regaining their ability to walk, which is nothing short of a miracle. They can also be used to repair deformities or, for example, to aid in the rehabilitation of weak muscles following a brain or spinal cord injury by assisting them in performing motions and beginning to heal the damage. The majority of current exoskeletons rely on a combination of human input and pre-programmed movements, but with advances in brain interfaces.

This is possibly the task where robots can make the largest difference in medicine. Scientists can train an AI to execute a task better than a human by giving it thousands of examples using machine learning. The applications for this type of technology in diagnostics are numerous, but a few stand out, such as the FDNA system, which use face recognition software to accurately test patients for over 8000 illnesses and uncommon genetic abnormalities.

This is a fascinating and potentially life-saving development pioneered by the MURAB project (MRI and Ultrasound Robotic Assisted Biopsy.) A robotically driven transducer is guided to a biopsy site using a unique MRI/Ultrasound combo approach in this minimally invasive procedure for early cancer diagnosis. It then scans the target to obtain general data, after which a surgeon may choose where they wish to take a sample from the 3D picture obtained.

Antibacterial nanorobots are small machines made of gold nanowires (bling-bling) covered with platelets and red blood cells that can clean pathogens from a patient’s blood. They do this by simulating a bacterium and the target of its toxin, then entangling both in their nanowire mesh as the organism approaches. They can even use targeted ultrasonography to guide them through a patient’s body, speeding up the clearing process and treating specific infections.

The Cyberknife is a robotic surgical tool that treats cancers with sub-millimetre precision radiation. The CyberKnife technology, which was created in the 1990s, is now being used in hospitals and treatment centres across the United States to cure cancer. Rather than a knife, the technology is a radiation source attached to a robot that allows for a targeted beam of radiotherapy that moves and adapts quickly. It may administer radiation to a tumour (malignant or benign) by changing itself at numerous minute angles to target the tumour from all sides without the patient having to move.

This is a very promising form of medical robot, despite its youth. In essence, they employ near-microscopic mechanical particles to transport a medicine or other therapy to a specific target spot within the body. This might be used to administer radiation directly to a tumour or to confine medicine to the organ where it is required, reducing side effects. But it’s how the particles get to the truly intriguing destination.

Hospitals, unfortunately, are filthy environments. You may go for therapy and come out with a completely different illness. Hospitals can also become a breeding ground for some of the most antibiotic-resistant bacteria because they frequently provide significant quantities of antibiotics. That is why keeping hospital rooms clean is so vital. Modern disinfection robots go independently to rooms where patients are being discharged, then blast the empty area with high-powered UV rays.

Drawbacks of Blockchain in Healthcare One Must Not be Oblivious Of 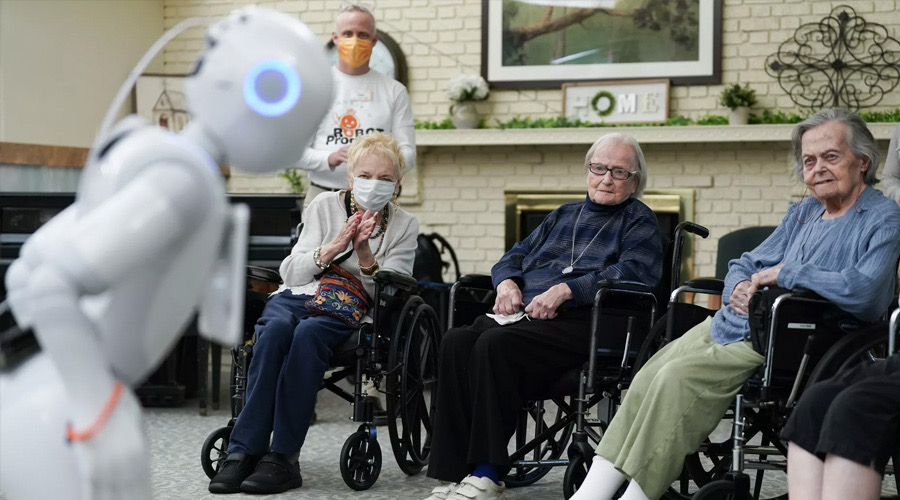 A Robot Walks into a Nursing Home, and This is What Happened 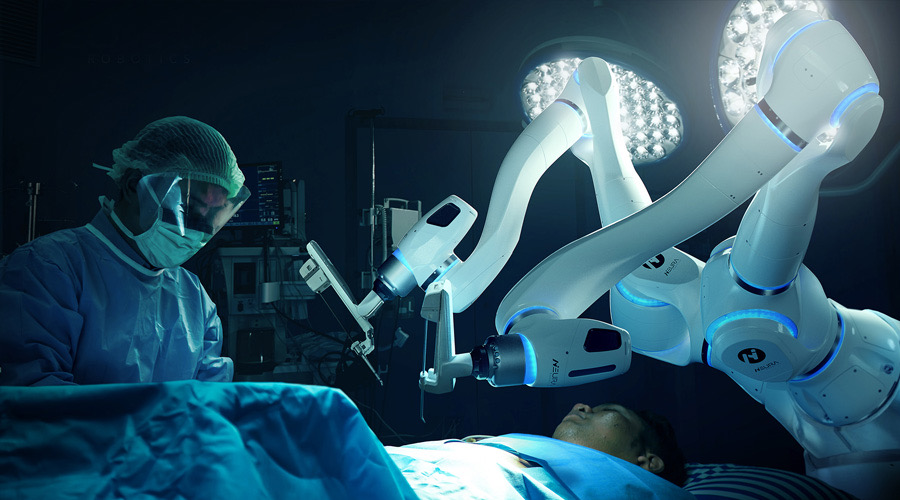 AI-supported Co-bots: The Next Transformational Wave in Surgeries 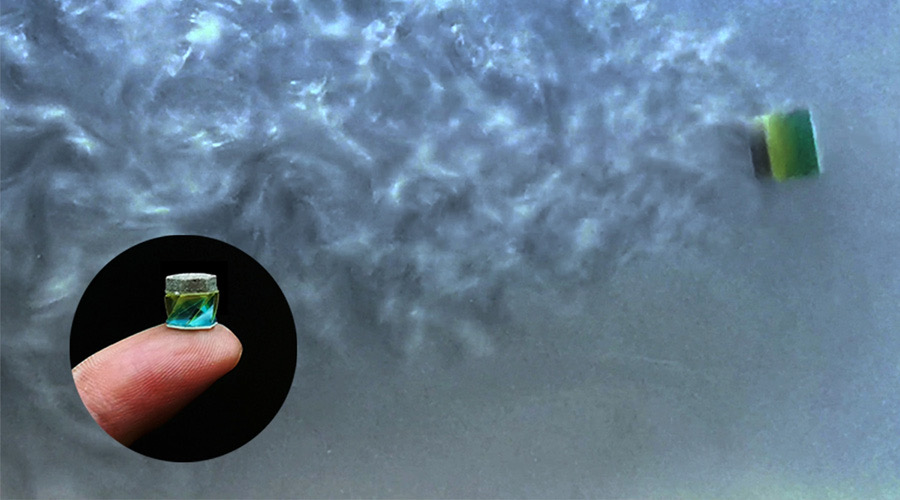 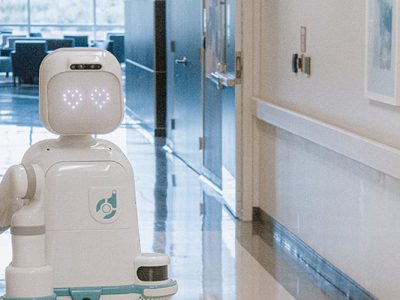 Welcome to Sci-Fi World: How Robots can Make a Dent in Nurses’ Workloads

We all have seen that robots are making the work easier for everyone but in ...
By arohi
June 14, 2022 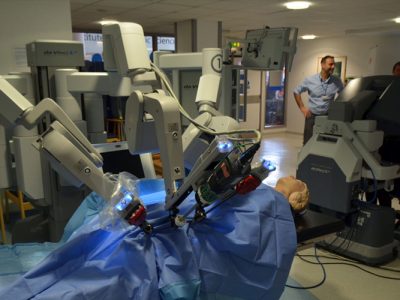 Can Robots Be Programmed to Kill Patients in Healthcare?

Robots can be programmed to kill patients in healthcare by the use of AI Artificial ...
By arohi
May 25, 2022 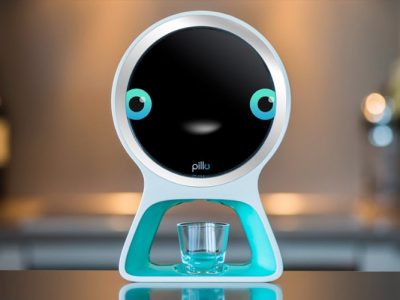 Here are some life-changing healthcare robots you need to get your hands on soon We ...
By Ankita Battacharya
May 16, 2022

Healthcare robotics conferences and summits that can’t be missed in 2022 due to their immense ...
By arohi
April 25, 2022